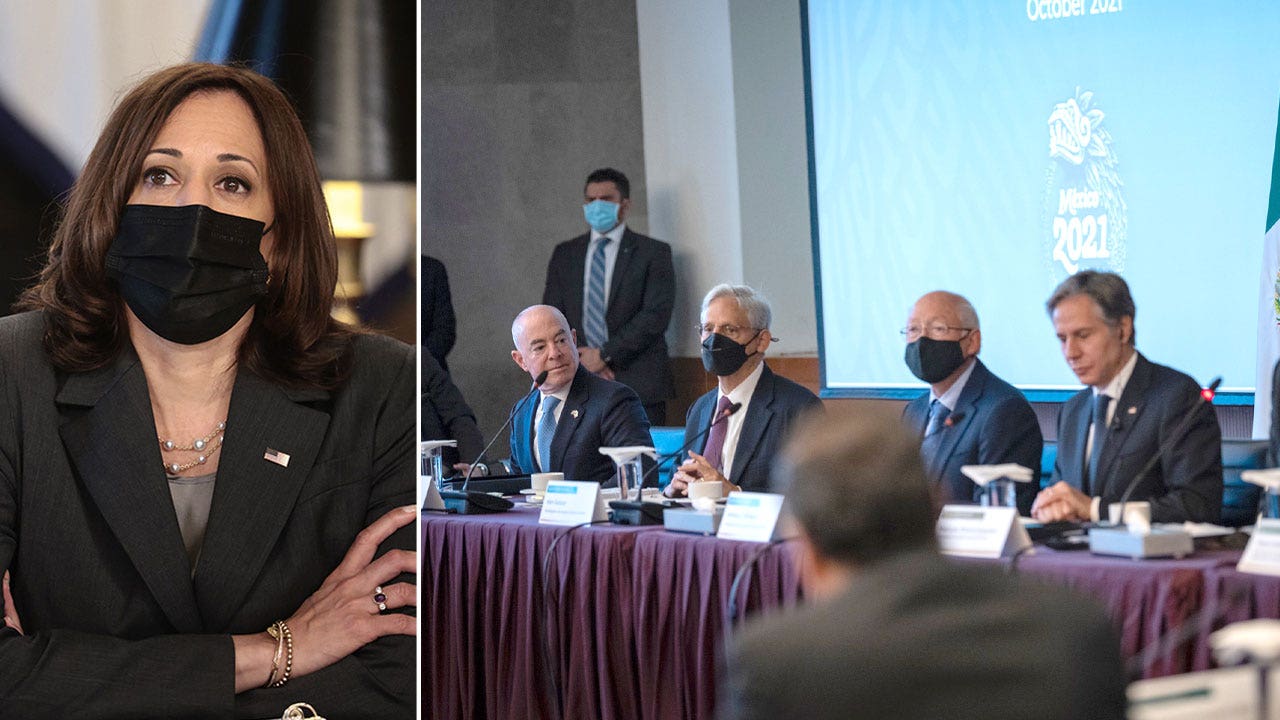 Several senior members of the Biden administration were in Mexico City for a meeting with Mexican officials regarding security along the US-Mexico border on Friday. But Vice President Kamala Harris was not among them.

Harris, whom President Biden appointed in March to manage the US response to the migrant crisis along the border, instead traveled to New Jersey.

Ken Salazar, a former US Senator from Colorado who is now US Ambassador to Mexico, was also in attendance.

“Today’s high-level security dialogue marks an important new phase in the security partnership between the United States and Mexico,” Mayorkas tweeted on Friday. “We will work together in a new framework to guide our joint efforts and work towards our common goals of security and prosperity for our two nations.”

The vice president last visited the border in June, spending several hours in El Paso, Texas on her way to her home in California. This is the only time she has been to the border since taking office.

She then traveled to Los Angeles again the following weekend, spending the July 4th vacation at home.

Harris has faced relentless criticism from Republicans, who say her avoidance of the border region robbed her of valuable first-hand knowledge of border issues.

MSNBC DING RUHLE KAMALA HARRIS AT THE BORDER: “SHE WAS MADE TO BE IN CHARGE”

“Vice President Harris ignores the real problem areas along our southern border that are not protected by the border wall and are overrun by the open and thoughtless border policies of the federal government,” said Texas Gov. Greg Abbott, in a statement. before his trip at the end of June.

Harris and her spokespersons retorted that she had focused on behind-the-scenes discussions with Latin American leaders regarding the “root causes” of migration, such as poverty and political corruption in countries like Guatemala. , Honduras and El Salvador.

Presumably in reaction to criticism from the GOP, Harris told potential migrants: “Don’t come” to the United States when she visited Guatemala in early June.

She also raised her eyebrows for hesitating to questions asked by reporters on the border at the time.

“I haven’t been to Europe. I mean, I don’t understand what you mean,” Harris scoffed at a question from “NBC Nightly News” presenter Lester Holt about whether she was planning to go to the border before its June. visit to Texas was planned.

“Since March, Vice President Kamala Harris has led the administration’s diplomatic efforts to address the root causes of migration from El Salvador, Guatemala and Honduras,” the White House said in a statement. over the summer promoting its root cause strategy plan. “She has worked with bilateral, multilateral and private sector partners, as well as civil society leaders, to help people across the region find hope at home.

The White House did not immediately return Fox News’ request for comment late in the evening.