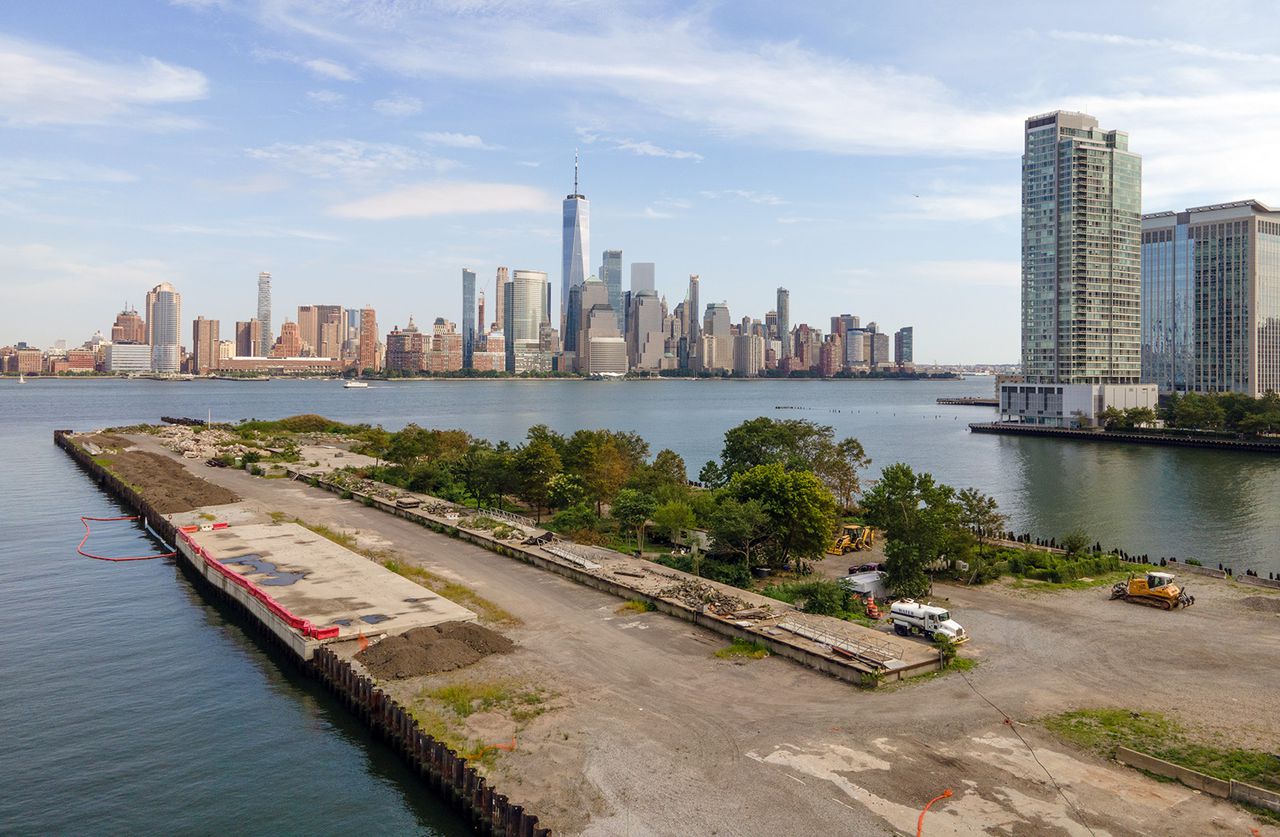 A developer is looking to showcase a scaled-down version of an ambitious project that would be located on the Jersey City waterfront.

The Jersey City Planning Board, at a special meeting on March 15, will decide whether four residential high-rises with 1,723 units will be built at 2 Sixth St., on a pier less than a mile from the Holland Tunnel.

Newport developers LeFrak’s project introduced five residential towers with nearly 2,000 units almost two years ago. But months later, residents of nearby waterfront towers were clamoring for the project to be more “community friendly.”

A LeFrak spokesperson could not be reached for comment.

The current project will include 897 vehicle parking spaces and 916 bicycle parking spaces, both reduced by more than 100 spaces. The developer will also add 2,500 feet to the Hudson River Waterfront Walkway, an 18.5-mile trail that stretches from Bayonne to the George Washington Bridge.

It will also include 4,000 square feet of commercial and retail space.

Approximately 36% of the 8.5-acre property will be open space, including the addition of the Hudson River waterfront walkway. According to the application submitted to the planning council, the project does not include affordable housing.

The project was scaled back by dropping a tower at the end of the pier and increasing the amount of open space available, documents say. The remaining four towers have risen several stories.

According to the previously proposed plan, the two westernmost towers would reach 33 stories. The middle building would include a 33-story tower and a 39-story tower, and the easternmost building would peak at 51 stories. But the project now has two buildings in the west which will rise to 42 floors and the two towers in the east will be raised to 39 floors.

Lefrak also removed the 26 townhouses originally planned between the towers, according to the documents.

The Mandalay on the Hudson is a 25-tower building with 269 condominiums. Residents of Mandalay in 2021 feared that part of the view of the Manhattan skyline would be obscured by the 51-story tower.

Residents could not be reached to find out if the newly proposed project will still block their views.

In a memo to the planning board from Langan Associate Director Gregg Woodruff, a visual impact assessment of the four towers stated that “the project will not cause any adverse visual impacts, as it is located perpendicular to the river, the site extends into the river thus minimizing the impacts on adjacent properties.

“The project will have a positive visual impact as it will result in the development of an underutilized property, providing access to the Hudson River waterfront for improved public access via the Hudson River Waterfront Walkway which will be expanded as part of this project,” Woodruff mentioned. “There are additional residential buildings along the seafront to the south. These buildings are approximately 800 feet south of the project and are located farther east as the waterfront shifts east in this area, increasing the viewing area from this site to the Hudson River and New York City in the distance.

The Lefrak towers are not the only towers that rise along the waterfront.

Avalon Cove, located on Washington Boulevard near the Mandalay and the proposed LeFrak development, has been approved to build a 70-story residential tower, which would be one of the tallest buildings in Jersey City. The project would add 950 units to the existing 498 apartments between a pair of five-storey buildings.