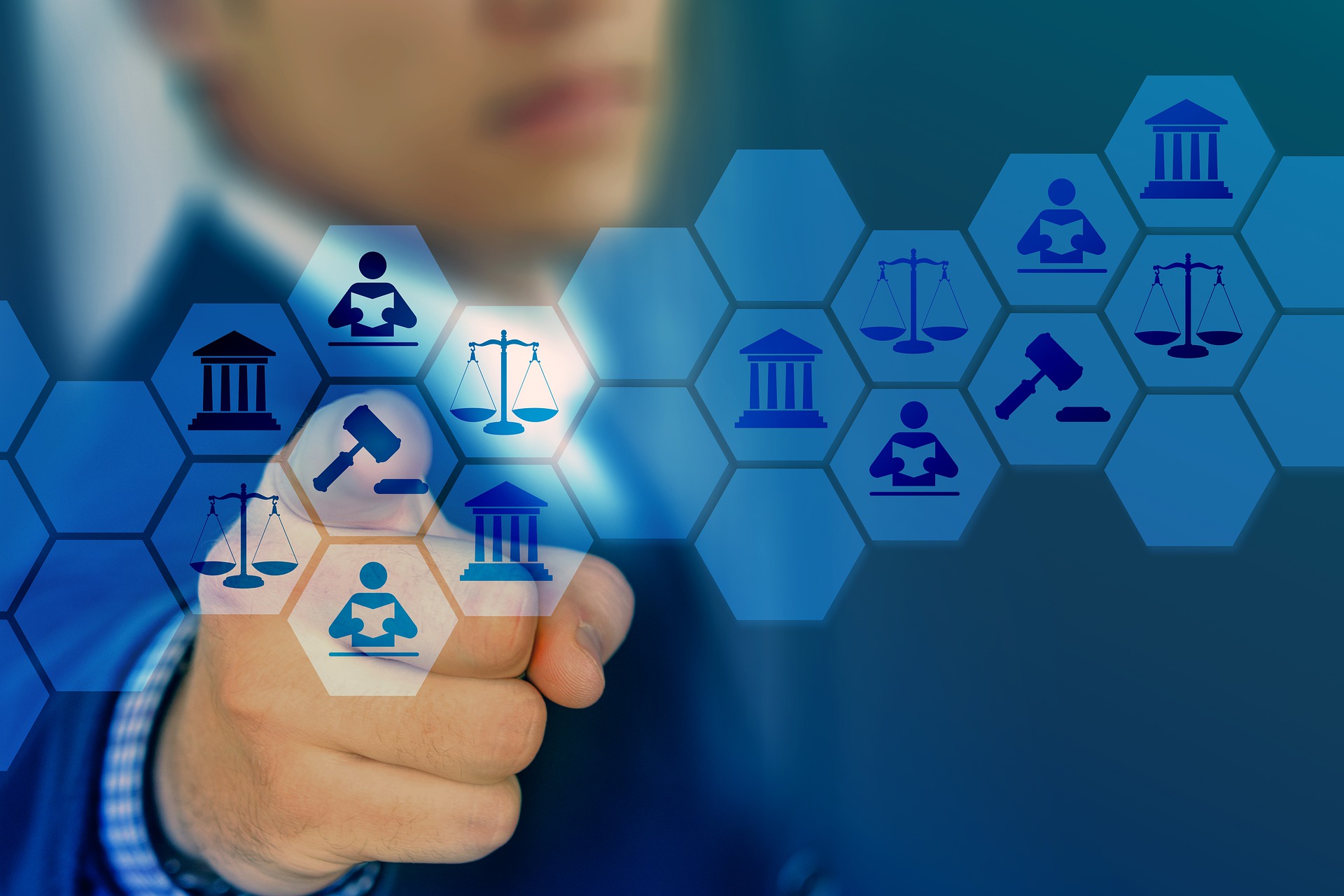 Mandatory litigation funding disclosure has arrived in the District of Delaware — at least in Chief Justice Connolly’s courtroom. In a month of April standing orderthe Chief Justice ordered parties appearing before him to disclose the identity of any third-party funders within 45 days for currently pending cases and within 30 days for newly filed actions.

In addition to identity, parties are required to describe the financial benefit the funder is likely to gain if successful, and they must also indicate whether funder approval is required for funding decisions. dispute or settlement. Opposing parties may request additional discovery of the terms of a funding agreement only:

upon proof that the Third Party Funder has the authority to make material litigation or settlement decisions, the interests of any Funded Party or the Group (if any) are not furthered or protected by the Arrangement, it resulting from conflicts of interest of the arrangement, or that another valid cause exists.

Readers following these questions may find the rules sound familiar. Indeed, they closely follow those adopted by the Full District Court of New Jersey last year. Although CJ Connolly’s rules do not break new ground and do not apply to his judicial colleagues in the District of Delaware, these rules may reflect a trend towards adopting an approach to resolving the longstanding struggle over disclosure. proposed mandatory litigation funding, nationally and internationally.

The U.S. Chamber of Commerce’s Institute for Legal Reform has been advocating for broad mandatory disclosure of litigation funding since 2014, when it first recommended a change to Federal Rule 26 that would require parties to disclose. litigation funding agreements as part of a party’s initial disclosures. At that time, the Advisory Committee on Civil Rules for Federal Courts determined that a rule change would be premature given that the funding landscape was relatively new and rapidly changing. Over the next few years, the House continued to argue in favor of this proposed amendment to Federal Rule 26 without success. In response to a 2021 letter from the House and various allies advocating the proposed rule change, the advisory committee concluded (after considering the “strong opinions” expressed by supporters and opponents of a rule change) that he was not convinced that the proposed changes were warranted and again refused to make a change to the rules.

Disclosure requirements have also become increasingly common in international arbitration. Nearly all of the world’s leading arbitration institutions have now adopted limited funding disclosure requirements. In March, ICSID member states approved the requirement to disclose the name and address of any third party funding a claim. Disclosure of the funding agreement is generally not required, although ICSID tribunals may order fuller disclosures if warranted in the particular circumstances of a case. Likewise, Article 11(7) of the ICC Rules 2021 requires disclosure of “the existence and identity of any non-party funder” that “has an economic interest in the outcome of the arbitration.” This is an area worth watching as third-party funding has come into prominence in international arbitration earlier than in U.S. commercial disputes, and the regulation of the arbitral institution may offer a overview of developments in the context of national courts.

Arguments for and against mandatory disclosure

Disclosure reforms in international arbitration have been largely driven by concern over conflicts of interest. Arbitral tribunals are usually constituted on an ad hoc basis, and it is not uncommon for experienced arbitration practitioners to serve as tribunal members in some cases and stand as counsel in others. Many members of the arbitration community therefore emphasize the importance of disclosing all non-party entities with a financial interest in a claim, which allows members of the tribunal to verify that they have no conflict of interest. with respect to a funder.

In the context of domestic litigation, the line between judge and lawyer tends to be more fixed, so that conflicts of interest arise less frequently. Nevertheless, it is conceivable that a judge could have a connection with a financial backer which could be revealed by a rule of disclosure. Another argument for disclosure in the context of litigation applies only to class actions, as illustrated by the local rule in the Northern District of California. Having a more complete picture of funding arrangements can help the tribunal fulfill its duty to ensure that collective interests are adequately represented and protected.

Chief Justice Connolly’s permanent order appears to have been prompted by a different consideration: the possibility that a plaintiff’s funding arrangement with a third party could impact standing. In 2020, Chief Justice Connolly granted a 12(b)(1) request dismiss for lack of jurisdiction ratione materiae Uniloc US, Inc. v. Motorola Mobility, LLC, judging that plaintiff Uniloc did not have standing to pursue its action for patent infringement. At issue was a loan Uniloc received from Fortress Investment Group to fund various patent litigation efforts. Under the terms of the funding agreement, if Uniloc’s lawsuits collectively did not return a specified threshold amount, Uniloc assigned patent rights to Fortress. Because Uniloc failed to meet its contractual return target, Motorola argued that Uniloc defaulted on the loan and therefore ceded critical rights to Fortress such that it no longer had standing to sue the loan. action for infringement. Chief Justice Connolly agreed, as did two other judges hearing of cases brought by Uniloc against Apple and Google in the Northern District of California. While the particular facts of Uniloc’s financing agreement and resulting default are unique, Justice Connoly’s apparent concern that the true interested party be known to the court is an often-cited argument in favor of disclosure.

Notwithstanding these arguments for disclosure, adopting broad disclosure mandates carries risks. When a funder’s involvement is revealed, the opposing party is tempted to seek to pivot the merits of the claim to a parallel investigation into the funder’s role. Defendants often raise the specter of the funder controlling litigation strategy and settlement decisions in the background, although a typical funding agreement does not cede control to the funder. A New Jersey District Judge acknowledged these concerns when she denied defendants’ requests for an inquiry into plaintiffs’ litigation funding arrangement and dismissed defendants’ speculative theories and warning of a ” parade of awful things” that could arise from litigation funding, finding that “plaintiffs’ funding of litigation is a ‘side issue’ that has nothing to do with resolving the key issues in the case.”

To the extent that defendants seize on funding as a distraction from discovery and a source of delay, this frustrates the improved access to justice that funding can provide to well-founded claims and increases litigation costs and time. In addition, access to an applicant’s funding agreement or underlying communications with a funder may provide an adversary with potentially damaging insight into the applicant’s financial status or financial assessment or on the merits of its case, without any reciprocal disclosure of the opponent’s litigation budget or analysis.

Chief Justice Connolly’s standing order — and the New Jersey district rule on which it was based — may reflect an emerging approach that could become the more widely adopted standard in federal courts. It appears that the courts, like the decision-makers at the arbitral institution, attempt to balance the perceived need for some disclosure without unduly prejudicing the funded party in the process. To the extent that more intrusive investigations are requested, they must be justified by demonstrating good cause. Moreover, there are already precedents where courts use other balancing measures such as driving in camera review of sensitive documents as has been done in other litigation funding disclosure cases to avoid prejudice to the funded party.

While it remains to be seen how widespread the adoption of disclosure rules will become in US courts, we believe that the continued standardization of litigation funding is driving the adoption of these rules and, for the same reason , will encourage courts to avoid prejudicial impacts to the parties as a result.