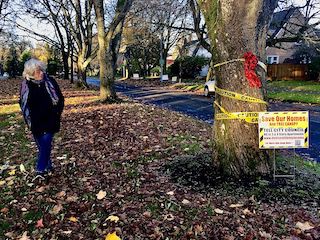 Tax exemptions amended before the board vote

Tacoma City Council will hold its final reading of the Home in Tacoma Project recommendations on November 30 and ahead of the vote, some changes have been made to the Multi-family property tax exemption program. VSBoard member John Hines, chair of the Government and Finance Committee, led work on changes to fine-tune the construction of multi-family housing under Home in Tacoma.

The MTE acts as an incentive for builders by granting two types of tax exemptions: an eight-year exemption just to encourage development, and a 12-year exemption which requires a certain percentage of units in new construction to include affordable housing.

A change was made to the eight-year tax exemption to eliminate it in two mixed-use areas in Tacoma: the District of Proctor and Point Ruston.

“The idea behind it was just that these mixed-use centers were already seeing developments and buildings increase and there was no need to encourage development there,” Hines said. “What we want to see is more affordable housing in these areas and that’s what we want to push. You can still access the 12-year MTE in these two centers, but not the eight-year MTE.

The question of why an eight-year tax holiday is necessary remains unanswered, as it is seen as an unnecessary expense when the city is already in a budget deficit.

“Some of my colleagues, we have disagreements over the value of the eight years, but I would say that there are still parts of our city that need this investment and that’s why we have to keep eight years in all. other parts of our city, ”Hines said.

The biggest change to the MTE was to extend the 12-year tax exemption to areas around town that are zoned commercial and currently allow multi-family dwellings. The seed for this change was planted when Hines and a few other city council members drove around town in search of commercial properties along wider transit corridors and larger streets.

“We have a bunch of these places with underutilized commercial properties that might have homes with businesses but just need that incentive to get it started,” Hines said. “An example I give is the 6e Avenue west of Hwy 16 on the left side where the Denny’s is located; there are commercial properties out there where you could build multi-family units right now, but there is no tax exemption. Now, if you build affordable housing, you will be able to claim the tax exemption for these areas.

Another change was to expand the availability of the 12-year tax holiday in areas zoned for “mid-scale” development through Home in Tacoma. Home in Tacoma recommends that city council will vote on Nov. 30 to ask 17.5% of Tacoma to be rezoned as “mid-range residential” and the rest as “small-scale residential.” Low-end residential includes single-family homes, duplexes, triplexes, cottages, quads and small multi-family buildings. The middle scale includes these types of housing and other types of three to four storey housing.

The changes to the MFT also adjust the region’s Median Family Income (MAI) requirement for affordable housing. Previously, rents had to be at or below 80% of the area’s median family income in Pierce County.

“One of the things we heard from people was that they wanted a more specific number in Tacoma so we moved the number to 70% of the median family income in Pierce County,” Hines said. “This is how we came up with a more thoughtful number of family income levels in Tacoma. It gets it down enough that it helps build more housing for people entering the workforce, at the same time. early in their careers, young families and people like that.That’s basically the income you would see for a first grade teacher is a good way to think about it.

Hines said he drove changes to tax exemptions in response to a question he heard repeatedly from residents of Tacoma: “What is city council doing to provide us with affordable housing?” ”

“I took this seriously. By extending the 12 year period and making it more available and lowering the level of MAI required, these are very clear steps to try to encourage at least more affordable housing in our community. That’s the main thing – trying to be accountable to the public and trying to get more affordable housing and at the same time working with the development community to think about how we can align our incentives to give up some of the those properties that are currently underutilized.

City residents, homeowners in particular, are more concerned with Home in Tacoma than they are expressing frustration. The Save Our Tacoma Neighborhoods group wants the city to suspend its mid-scale plan. Hines said he wanted the middle scale to be used only when appropriate.

“There are key corridors and larger arteries that are better served by public transport that makes the most sense for the mid-range, so I’m in favor of that in parts of our city. Beyond that, I also think there are places where we need to see if it’s really going to work, and if we want to expand it, we can always do it later.

Residents also talked about the developers not helping to take advantage of the growth their new buildings bring to neighborhoods. They see the tax breaks as a gift to developers who only improve properties within reach of their construction area when their projects will have much greater impacts on schools, fire and ambulance services, roads and Moreover.

“I’ve heard from many residents who wish there were ways to pay for some of the impacts,” Hines said. “I am really concerned about the additional costs we would impose on housing development. I’d like to see how we balance the need for impact fees with not doing things to discourage investment in our community. I’m okay with having the conversation, but I would like to ask how we balance this out. I want to make sure we don’t inadvertently cause Tacoma to build less.