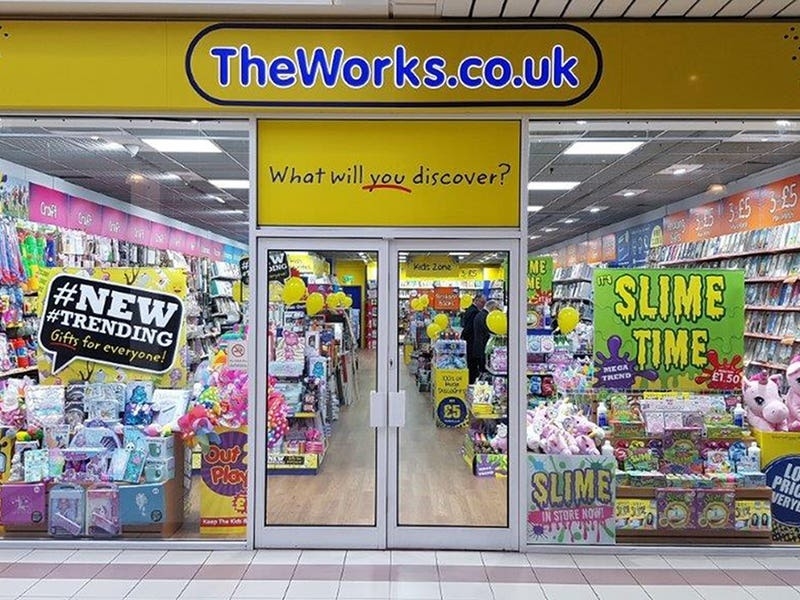 High street retailer The Works has seen a surge in sales over the festive period despite concerns over major cost increases and shipping delays.

Bosses at the firm, which specializes in books, crafts and stationery, said sales in the 11 weeks to January 16 were up 9% from the same period two years ago, before the pandemic.

They pointed out that shoppers were particularly keen on buying adult books and branded children’s products like Peppa Pig and Paw Patrol.

Richard Osman’s novel The Man Who Died Twice, branded board games including Scrabble, and fidget toys were also reported as growth drivers.

Most of the growth came from online sales, which rose 71.9% during the period, with in-store sales growing only 0.6%.

But the rising Covid-19 infection rate failed to dampen sales, the company added, with fewer discounts needed in January.

The Works said: “Sales in the week immediately before Christmas were less affected than expected by concerns over the rapid development of the Omicron variant.

“During this time, our proactive supply chain management ensured that we had adequate stock despite some of them arriving later than expected.

“Due to strong sales in November and December, terminal inventory levels were low, reducing the need for significant markdown during the January sale.”

Less discounting also means profit margins are likely to be higher for the year, the company added.

“This better-than-expected trading provides confidence that we will deliver improved performance in 2022.

“We are now a much stronger company than two years ago and we believe the execution of our refocused strategy will have a transformational effect on our business.”

The update was a marked change from November, when the company revealed it was suffering from high shipping costs and supply chain delays.

Investors also got a glimpse of sales in the six months to October 31, with The Works revealing that sales jumped 30.6% to £116.1m from the same period last year. .

Pre-tax losses were reduced to £1m from £4.3m a year earlier in the period.